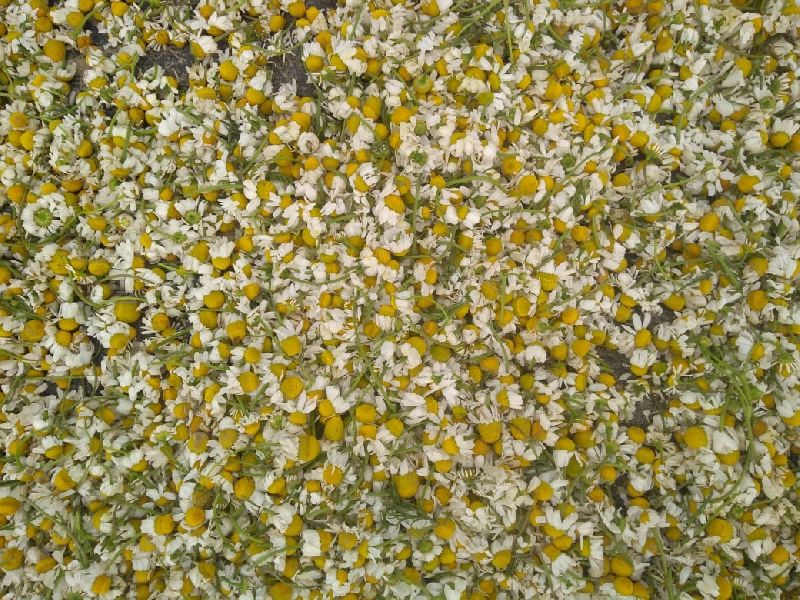 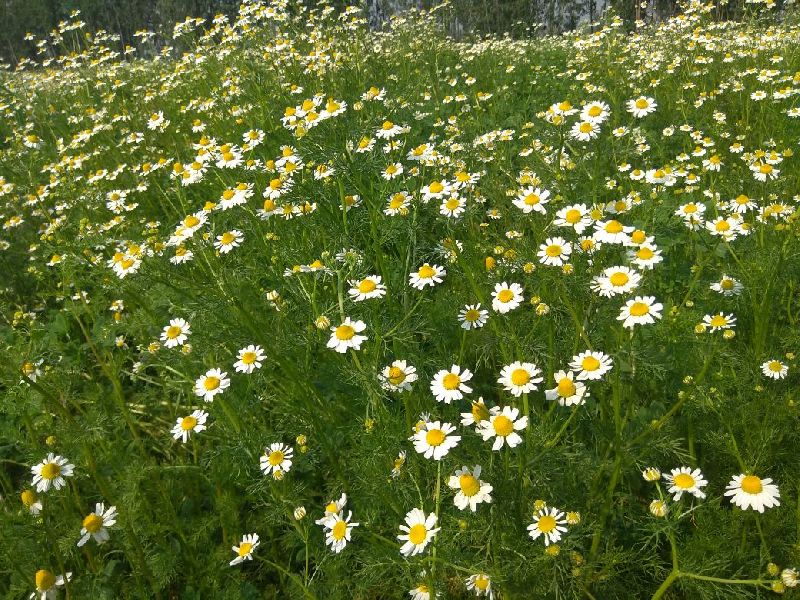 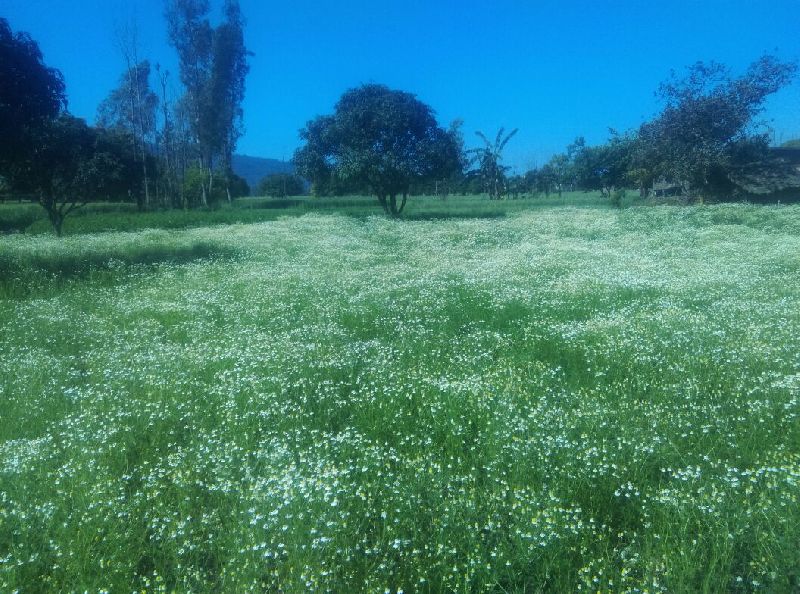 Chamomile has been used for nearly 5,000 years in tea, herbal extract as oil and cosmetic forms to promote tranquility, vitality, a youthful appearance and longevity.

Chamomile is a widely recognized herb in Western culture. Its medicinal usage dates back to antiquity where such notahles as Hippocrates, Galen, and Asclepius made written reference to it.

It has a high level of disease-fighting antioxidants, a natural remedy for anxiety, mild sedative to calm nerves.

The dried flower contains many terpenoids and flavonoids contributing to its medicinal properties. Other major constituents of the flowers include several phenolic compounds, primarily the flavonoids apigenin, quercetin, patuletin as glucosides and various acetylated derivatives.

· Anthelmintic- Expel or destroy parasitic worms especially of the intestine.

· Anti-fungal- Have a killing action on fungi or destroys fungi.

· Anti-cancer- Prevent a malignant and invasive growth or tumour.

· Sedative- Provide a soothing or calming effect or inducing sleep.

Prepare a tea by steeping 1 teaspoon (add more for stronger flavour) of dried Chamomile flowers in hot water for 5 to 10 minutes to get its health benefits & flavour.

Green tea, lavender flowers, Lemongrass blend well with rose; so either can also be added along in hot water. You can also flavour your cup of tea with lime, honey or Stevia.